Gangkha derived its name because of the religious significance of the Choten (Stupa). The Choten not only housed precious stones but the relics of Sangay Yoesung – also known as The Awakened Kasyapa – one of Buddha Shakyamuni’s main disciples. There are many buddhist scriptures in the stupa and is named Gyelshel Karmai Chorten. The word ‘Gyel’ is derived from ‘narration’ and the very precious relics within the stupa, comprises four gems brought from four different directions by Drubthob Gyen Dorji, hence the name ‘shel’. These accounts is based on the oral narrative of Ap Jojo, the caretaker of the old monastery for thirty years.

The 12th century built stupa was said to have sent energetic shockwaves and moving the grounds, while its bumpha (religious vase) rotates. The rice grain offerings made to the choten bumpha used to be thrown away at night due to the rotation. Due to this experience and belief of the moving stupa, locals feared that the stupa would fly away. Hence a monastery was built around the stupa. Only a handful of blessed few could afford spiritual pilgrimages outside of Bhutan, and it is said that seeing Gyelshel Karmai Choten is just as equally beneficial as the Swayambhunath stupa in Nepal. The blessings from Gyelshel Karmai Chorten, is compared to the warmth and heat left behind when a bird leaves its nest; the heat that lingers when a person dies and warmth of the breath that emanates from a dakini.

More than five years ago, the locals of Choten Gangkha gifted the 9th Neyphug Trulku the whole land that which the old monastery and Gyelshel Karmai Chorten stands today. With his wisdom and compassion, H.E. Neyphug Trulku reconditioned the derelict monastery and built Tshogyel Lungtok Tengayling in its place. Having forged a strong kinship back in monastic school in Mysore, India, the 9th Neyphug Trulku requested H.E. Chung Trulku to take over the Nunnery. Motivated by creating more opportunities for the women sangha and accumulation of merits for purification, Chung Rinpoche decided to take on the 9th Neyphug Trulku Rinpoche’s offer and officially took on custodian of the nunnery and land of Choten Gangkha, officiating this new role by the commission of a golden pinnacle to the stupa June 14th, 2022.

GET TO KNOW US 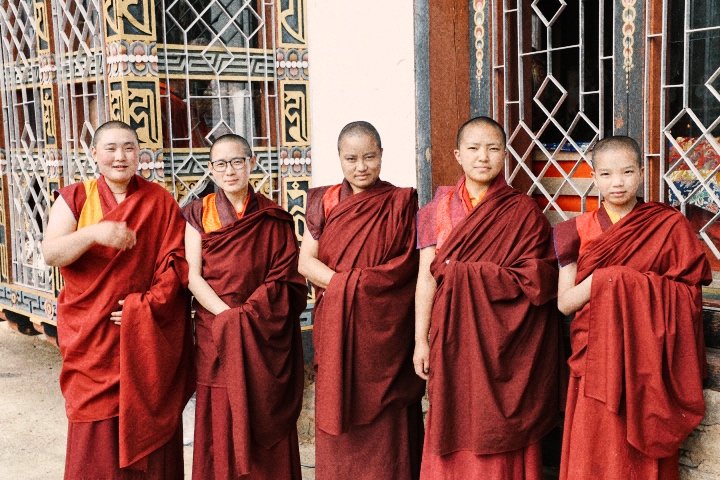